If you don’t already have it downloaded, you are simply living in the past. Yes, I’m talking about the highly addictive TikTok! I mean seriously, forget about the YouTube blackhole, you’ll be stuck scrolling through your FYP until the sun comes up without even realizing!

According to new data from App Annie, lockdown has resulted in a major success not only for TikTok, but for global spending across apps in Q1 of 2021. “Consumers spent $32 billion on in-app purchases across iOS and Google Play globally in Q1 2021,” reported App Annie. “It’s the biggest quarter since records began – and the figure is 40% up on the same quarter for 2020.” 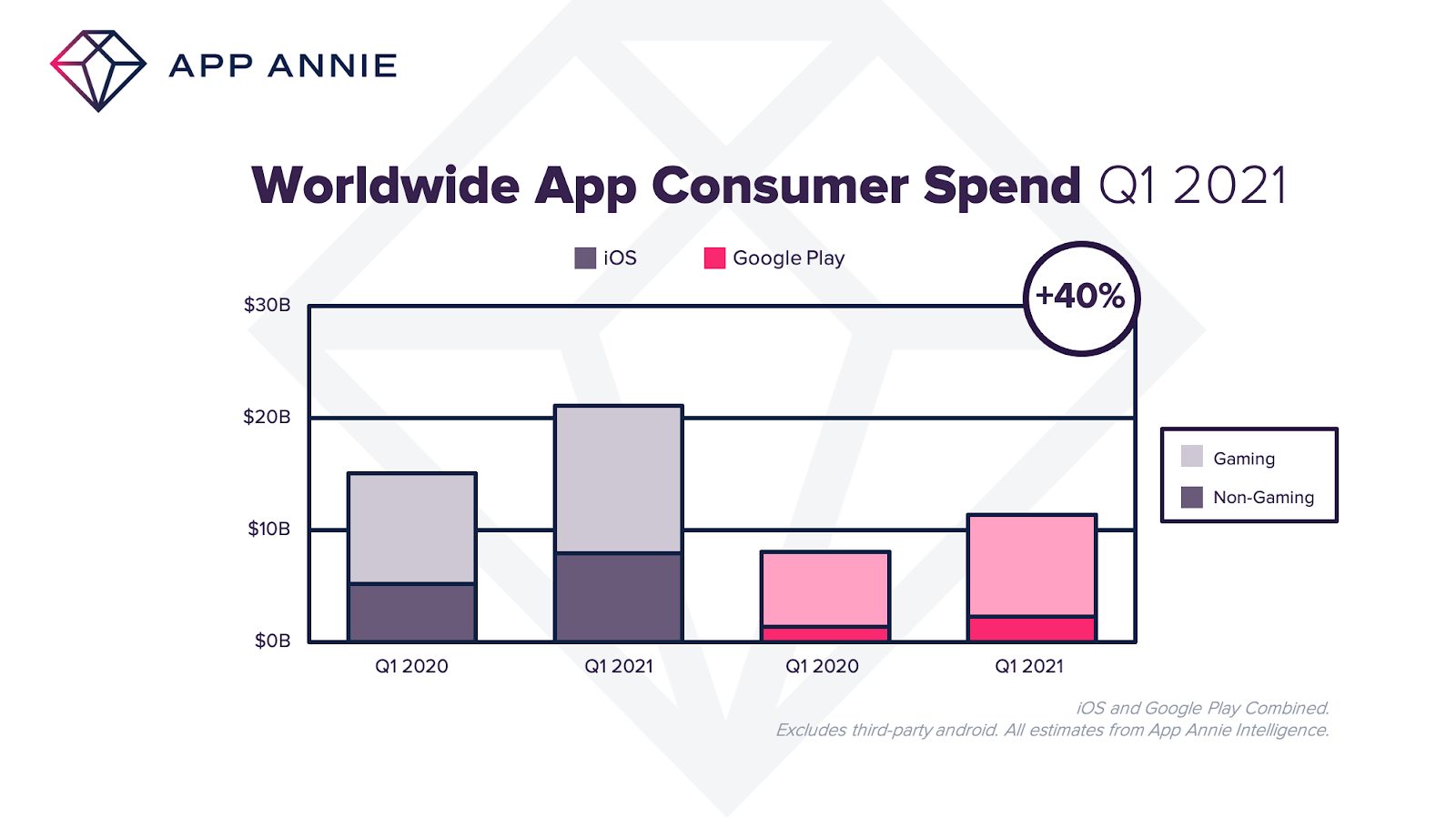 As TikTok continues to grow exponentially over the past two years, it has become the number one most downloaded app in Q1 of 2021. Though it is a relatively newer app than its competitors, it doesn’t discredit TikTok as being outrageously successful and popular among consumers. 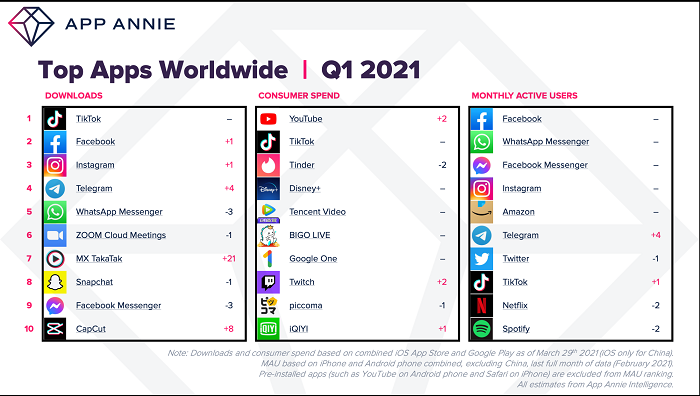 Right behind TikTok for downloads in Q1 of 2021 includes unsurprisingly Facebook, Instagram and obviously Zoom to adapt to our current virtual communicative climate.

TikTok has continuously provided new content by the second from users everywhere. The app offers a community aspect that appeals to consumers. In addition. it offers a detailed algorithm for a very personal user experience. I mean everyone’s always asking one another what kind of TikTok they’re on!

As for apps worldwide, TikTok made its way on the lists of monthly active users and consumer spend. However, it failed to rank on the global downloads for Q1 2020. This may have resulted from numerous bans of the video-sharing app across the globe. 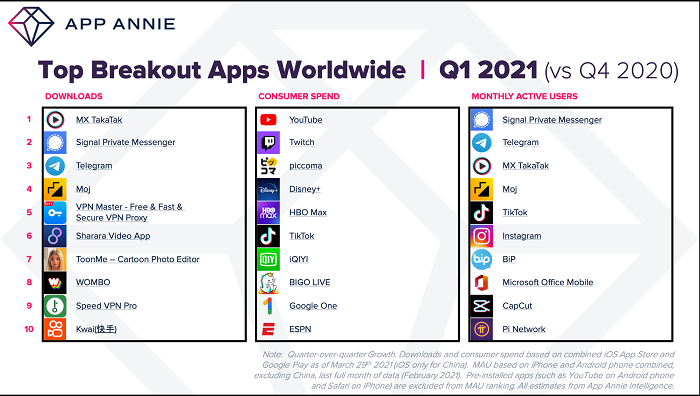 Indian video app MX TakaTak has seen much growth for Indian users since the ban of TikTok in India that was established on June 29th 2020. India’s Ministry of Electronics and Information Technology had released a statement about TikTok as an app “engaged in activities which is prejudicial to sovereignty and integrity of India, defence of India, security of state and public order.”

As more consumers continue to download and choose TikTok over other platforms, marketers will continue to advertise on the app. Surely (if you aren’t living under a rock and have TikTok downloaded) you’ve seen advertisements pop up on your FYP. Marketers have been specifically focusing on using influencer tactics to sell to TikTok consumers as many users have gained notoriety through the app in which their followers trust and follow their endorsements.

TikTok has truly been breaking records as a social platform. Only time will tell if a new and upcoming app will come along and knock TikTok off of it’s ever-growing popularity as it has done with Instagram and other platforms. But for now, TikTok is still a reigning app in numbers of downloads.