In a climate as critical as today’s, it’s never been more important to stand the fuck up for what needs to be said, supported, and understood. In celebration of the 2020 VMAs and in response to the current inequities and movements in society today, MTV’s Rich Tu and Antonia Baker collaborated on an OOH exhibition in Brooklyn’s Atlantic Avenue terminal from August 24th to September 6th. The location was chosen because of its proximity to the Barclays Center where the VMAs were held this year. They curated eight BIPOC and LGBTQ+ community artists to display works of unity, future, space, and of course music.

Among those talented artists was Kervin Brisseaux, first generation Haitian-American, illustrator, designer, and soon to be father.

Having previous relations with Rich Tu, Brisseaux was thrilled to work on their first ever collaboration. With so much going on in Brisseaux’s professional and personal life, he originally denied an earlier job from MTV. Luckily, the channel reached out again and with a yes this time from Brisseaux, took him on as one of the two illustrators for this exhibition.

Creating an outlet for minority voices, Brisseaux submitted previous pieces that already aligned with this message of the exhibition. The project’s quick turn around from idea to execution resulted in such synergy between the artists’ work that it would have appeared to have taken months of planning.

There was menial time to speak with other artists from the exhibition, said Brisseaux. However, this didn’t take away from first sight of the final product as Brisseaux felt an overwhelming sense of community. He is more accustomed to seeing his work on a much smaller scale whether that be on websites or social media. However, this project provided Brisseaux the unique opportunity to view his work on an expansive space. Seeing beyond the screens was a significant experience for him.

Peak Into the Personal

Describing his art as “personal, aesthetic, and musical,” Brisseaux said that each of his projects would grab from a different bank of words. Creative work is a flux. Since so many factors impact every project of Brisseaux’s, his choice of adjectives describing his art will vary depending on whichever piece he is creating at the time.

Being a sort of renaissance man, Brisseaux finds creative outlets beyond illustration through photography and DJing. He describes his hobbies as a “drip feed” into his other work. Easily bored, keeping his hobbies alive and in tandem allows him the sanity of a creator. Whether it’s one photo inspiring an illustration or listening to one of his mixes while working, he is always tapping into his creative energy.

Another symbiotic relationship for Brisseaux is his position as the Associate Design Director for Vault 49 alongside his freelance jobs. Having a background in architectural studies, Brisseaux began to find more fulfillment in illustration work. Vault 49 allowed him to see what opportunities he could have in the illustration field and served as a second education for him. As a result, he got to see the company grow from a small collection of illustrators to a full on team of creators, marketers, and designers. His experience with Vault 49 has even filtered into his freelance work. Watching the founders of the agency handle customer relations, adaptations, and money, taught Brisseaux in his own career.

Creating Change in this Current Climate

Creating more out of instinct than planning, Brisseaux described his work in the exhibition as an “inward expression.” If the byproduct happens to instill some sort of message to stand behind for viewers that’s great but he’s not one to tell people what they must take away. Beyond the weight of creating to provide for his growing family, he does feel the responsibility to make black voices heard.

Seeing all of his friends participate in marches and doing x, y, and z for the movements and injustices in the world left Brisseaux, at times, in an existential crisis…but aren’t we all in one? It’s hard to understand one’s purpose in a world so damned with division and judgements. Brisseaux found that if he can at least put out impactful work in response to current events then that’s one step in the right direction. “There is a responsibility as a black artists to make sure our voices are heard. If we don’t, who will, it has to come from us?” His illustrations featured in the exhibit can be deemed as part of his contribution towards the movements in our world. It doesn’t have to specifically be participation in a march, a post on social media, or a donation to make a difference, it can be something as beautiful as displaying art that can instill change.

End of the Exhibition

Brisseaux included three illustrations for this exhibition. The first titled Tiger Skin celebrates personality. This piece explores the depths of individuality and feeling comfortable in your own skin regardless of who you are. Pride is the title of his second submission. Inspired by the HBO Max show Legendary, Brisseaux designed a human outwardly expressing themselves. The illustrated figure states “I am not a woman, [nor] a man, I am me.” Lastly, his final submission Heatwave was created in response to the power of music and was even inspired by his own mixtape. The figure appears to be dripping in sweat whether that be from the heat or dancing to the music.

His three illustrations joined the other artists’ on display throughout the subway station appearing as overhead banners, wall posters, and covering turnstiles. The exhibition created a powerful experience for everyone who passed through the terminal, whether that be during someone’s morning commute or visitors who came specifically to see the work.

In result, this exhibition was just one way the city is taking a stand for unity in this climate. Thanks to artists like Brisseaux, change is on the horizon. Awareness is being brought to the surface and education is following closely behind. Therefore, this exhibition was not only a celebration of music, but a reminder that there is power in diversity, there is power in love, and there’s damn good power in New York City. 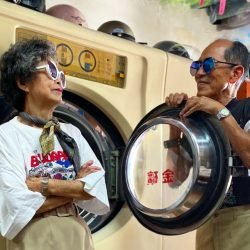 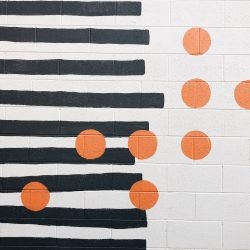 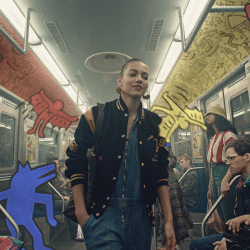 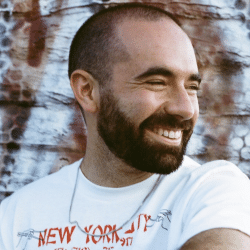 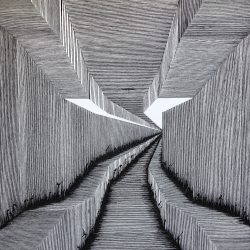