For the past two years, Kylie Jenner has held the #1 spot as the highest paid celebrity on Instagram, averaging at over 1.2 million per post. That’s pretty insane if you were to ask me. Let’s not forget about The Rock, too. He makes a shit ton of money as well, just from social media. And let’s also not forget about Jason Derulo. Who knows how much he makes on TikTok and Instagram combined? Needless to say, social media can be a lucrative business, as long as you know how to use it properly. It’s not safe to seek out any “influencer” on social media, because some might have higher rates than others.

Currently, “there are a number of factors that can impact how much an influencer charges for their services and it’s rare to find an influencer who charges a flat rate. Influencer marketing is a legitimate business and influencers set their rates based on what brands will pay,” says InfluencerMarketingHub.

That said, here are five factors that your brand needs to take into account if you’re trying to have an influencer represent your brand.

When it comes to your business, be aware that an influencer can fall under these five categories:

Do not be fooled by a person’s following. At times, the person with fewer followers has a greater engagement rate, meaning the percentage that represents the number of followers he or she attracts.

You can also take a look at the industries favored by an influencer’s audience to make sure that it makes sense to hire them for your brand.

After some research, InfluencerMarketingHub. concluded: “The type of content you’re asking an influencer to create will also have an impact on the pricing. This is because influencers will need to spend time, energy, and resources to create the content and different types of content require different things. This includes considerations like how much content the influencer will need to create and whether they or you will be providing the necessary resources. The more effort it takes to create the content you’re asking for, the more you can expect it to cost.”

Finally, even if it might not seem like a huge thing for your business, “if you’re asking for a seasonal social media campaign, you can expect that it will come with a premium price tag. This is standard economics: high demand leads to higher rates. You can also run into this issue outside of seasonal campaigns if you’re interested in an influencer that’s particularly popular.”

I know it might be tempting to start to reach out to as many influencers as you can but expect a price tag. My advice is to have both nano-influencers and mega influencers. That way, you’re not spending as much money as you would have done if you reached out to only popular influencers. At any rate, let me stop talking, as I’m sure you now have to go back to the drawing board and deliberate with your co-workers to figure out a plan… with these influencers. 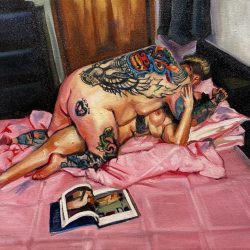 “Maturity is a series of shattered illusions.”

Photo tip for better look ups on your smartphone!

There is Beauty in the darkness 🖤⁠ ⁠ Shoot

Back to black tomorrow??💙⁠ Or color a bit mor

One of the most volcanically active places on Eart

The camera settings I use for the best colour grad